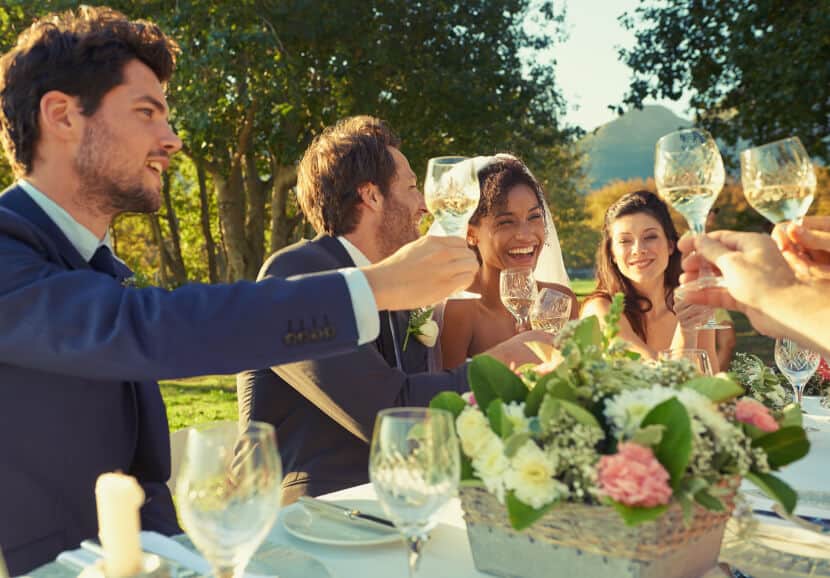 The recession is over, but are we spending our way into another one?

My job is to help people get out of debt, which means many of those people think I’m a real party-pooper. I’m always talking about saving more and spending less, and where’s the fun in that?

Of course, once those folks pay off their debts and have money in the bank, they’re all smiles. Still, part of my job is to point out bad financial behavior, and recent polling has revealed a depressing trend: Now that the recession is over, we’re giving up our thrifty ways.

In the past five years, the average cost of a wedding has jumped $5,500. It now costs more than $32,600, and that doesn’t include the honeymoon.

The Knot, the leading wedding website, also says the average wedding dress costs nearly $1,500. Why are weddings getting pricier? Maybe because they’re getting bigger. The Knot says the average number of guests is 139.

My advice: A small wedding is not only less costly than a big one, it’s less stressful. I’ve known clients who celebrated with a larger group of casual pals and coworkers at a bar a few days later, and this casual setting was cheaper and much more fun.

Many folks already know student loan debt in this country has surpassed $1 trillion, and those who don’t aren’t all that surprised when I tell them. Student loans have long been a national crisis.

A new study by Citizens Bank deepens that crisis…

College graduates aged 35 and under with student loans now are spending nearly one-fifth (18 percent) of their current salaries on student loan payments and 60 percent now expect to be paying off student loans into their 40s.

What does that mean in practical terms? It means 40 percent of these graduates “have limited the amount they can spend on rent or mortgage payments” and half “have limited their shopping for clothes, shoes and accessories.” That’s a massive drag on our economy, not to mention the horror of American college graduates not being able to afford shoes.

My advice: Thankfully, the federal government has figured out this is a nationwide problem. It created a series of programs that can lower your payments or even forgive (under very specific circumstances) the rest of your loans. However, just like most government programs, they’re complicated to navigate on your own. You can call a Debt.com counselor at 1-800-810-0989 for a free debt analysis.

A new study by the Urban Institute, called Comparing Credit Profiles of American Renters and Owners, reviewed data on 118 million homeowners and 127 million renters. Many of the conclusions were obvious. For instance, “Renters who have never had a mortgage are younger and have lower credit scores and more debt problems than the other groups.”

Well, sure. Young people who rent are likely to lack the financial resources of older people who own a home. However, buried in the research was this sad fact:

The Urban Institute doesn’t surmise why this is, but if I had to guess, these homeowners may have paid off their mortgage, but they’re still burdened by other debt, lack of retirement savings, and steep healthcare costs.

My advice: Sometimes, homeowners extend themselves to pay off their mortgages because they believe it’s the right thing to do, especially at retirement age. However, a mortgage is a debt like any other. If you have credit card bills at the national average of 15 percent, and a mortgage at even 7 percent, you’ll save more money paying off the credit cards first. If you’re unsure what to do, call Debt.com at 1-800-810-0989 and we can give you a free debt analysis that will help you decide.