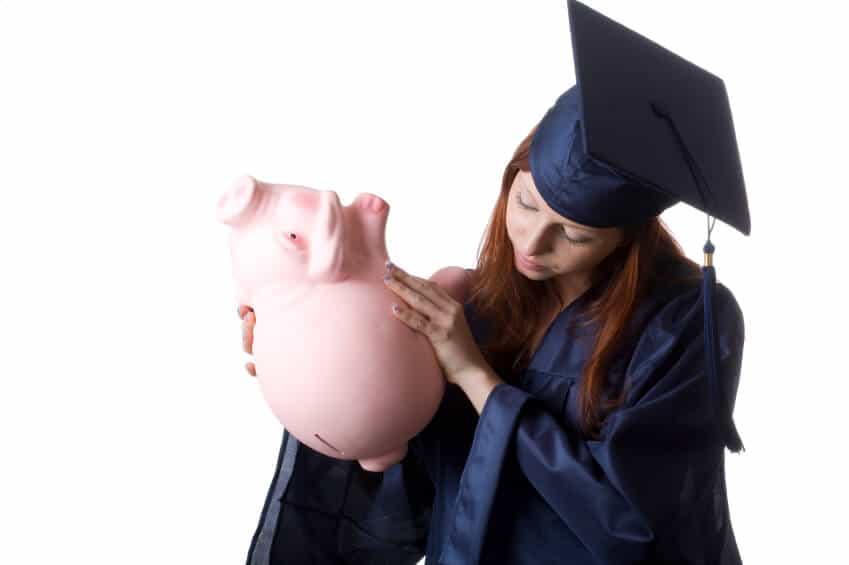 Another day, another gloomy student loan debt report — but you don't have to become a statistic.

The student loan crisis has become so critical, it’s burdening students before they even graduate.

With more than $1.2 trillion in student loan debt wracking this country — much more than the $854 billion in credit card debt — it’s no surprise that many graduates in the workforce are suffering. The latest poll, last month from Bankrate,  found that “56 percent of millennials with current or past student loans have delayed major life events because of their debt, compared with 43 percent of older adults.”

Those are huge swaths of the working population. Even worse, “buying a home is the most common event people have delayed due to student debt, trailed closely by saving for retirement and buying a car.” As the economy lurches toward recovery, a drag on home- and car-buying can only slow it down — or even grind it to a halt.

As worrisome as this is, another study just a day before Bankrate’s painted an even scarier picture. Instead of polling graduates about their loans right now, Country Financial asked them about how the high cost of college affected them when they were still in school. One of the most depressing findings was this:

71 percent of Americans with a college degree felt that the cost of education played a role in their ability to participate in extracurricular activities, and may have opted not to join organizations such as Greek life or club sports due to cost.

While the cost of a higher education skyrockets, this means students are paying more money for less learning.

A few weeks after these studies, Hillary Clinton scored a few — but not enough, in my mind — headlines for proposing no-debt tuition for public college students. Mostly, the merits of her plan were buried under politics. Clinton claimed she was the only presidential candidate who was speaking up about spiraling college costs, which was immediately debunked by Politifact as false on its “truth-o-meter.”

(Indeed, Debt.com wrote about Republican senator Marco Rubio’s plan in July 2014, and I wrote an analysis last October called, Democrats and Republicans are both wrong on student loans.)

Because Clinton’s plan would cost $350 billion over 10 years, Republicans ripped it. Meanwhile, the average student and graduate suffers.

I wish candidates would remind students of federal programs in place to help consolidate, extend, or even forgive their loans. I find too often, college graduates don’t know about these plans — because they’re not mentioned in graduation materials, and even presidential candidates aren’t talking about them, since they’re widely accepted. Therefore, no one can score any points by mentioning them.

When I point loan-crushed college grads to Debt.com’s free section on student loan debt options, they often respond something like this: “I’ve never herd of this before! Sounds too good to be true…”

It’s not. These programs have been around for years now, although they can be confusing — with names like income-based repayment, which is different from income-contingent repayment. So it’s no wonder these programs aren’t marketed better. If you want to know which one suits you best, the easiest way to learn is with a phone call. Debt.com’s experts will consult with you for free. Simply call them at 1-888-472-0365.

Why postpone buying a home or a car when you can make a phone call instead?