How To Win A Scholarship: Apply 63 Times 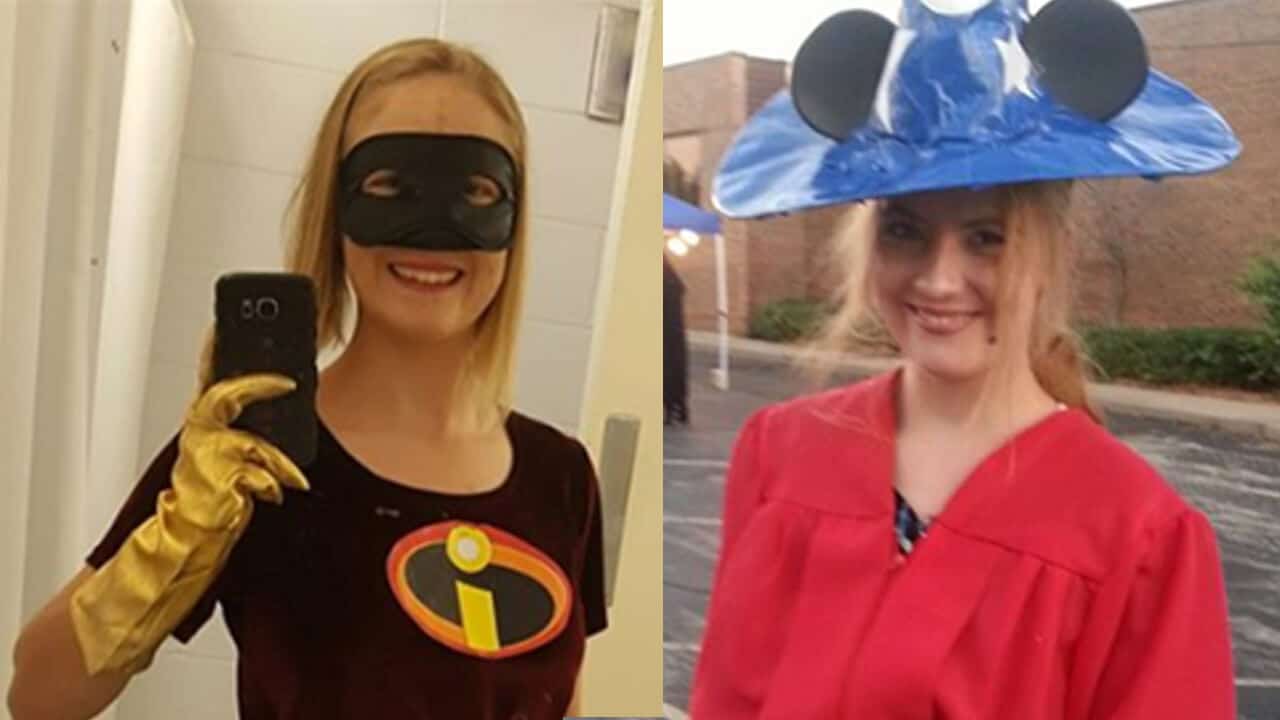 Caitlyn Remick knows how to dress up — and save up.

Caitlyn Remick has applied for the Debt.com Scholarship For Aggressive Scholarship Applicants six times without winning it. (We offer it every two months, and and you can apply right now, since we’ve just reopened it.)

There was no way we could avoid giving the $500 to Caitlyn. It was the only way to get her to stop applying!

As you can see from the photos above, Caitlyn is as obsessed with cosplay as she is with college. She’s a biology major and chemistry minor at MidAmerica Nazarene University in Kansas.

“After graduating college, I plan to attend physician’s assistant school,” she says. “I plan on working with the United States Army Medical Command in a veteran’s hospital or practicing in an under-served area like a rural clinic.”

The 22-year-old senior (with an impressive 3.8 GPA) originally planned to attend medical school and be a doctor, but she devised an alternate plan that will save her money without sacrificing her career goals, which are many…

I expect to have much less in student loans than if I went to medical school, because it’s less tuition per year, and I’m in school for two years rather than four. After a year of residency, I want to specialize in neurology so that I can work with autism spectrum disorders. During my career, I plan on doing medical research and/or overseas relief work. I would like to do medical relief work with an organization like Doctors Without Borders in overseas countries such as Bulgaria, Malawi, Ecuador, or anywhere else God directs me to be use.

Caitlyn started getting aggressive about scholarships when she first got to high school, thanks to one man.

“One of my teachers my freshman year encouraged all of his students to look for scholarships by having us find three of them that were related to our interests or future goals, and not our merit,” she recalls. “He was proving the point that we weren’t doomed to flipping hamburgers if we were average or less- than-average students. He also encouraged us to save any sort of communication we got scholarships indefinitely just in case.”

Now that’s one smart teacher. (I’ve been on a mission for financial education in high school for many years now.)

Here’s what surprised me most about Caitlyn: While she’s obviously fun-loving and hard-working, she’s also much more responsible with her money than many people twice her age. I asked her for advice I could share with others her age. Her reply…

Keep a holistic view about money; that’s the benefit of Debt.com. Keeping a budget, finding fun ways to make an income, avoiding credit card debt are NOT just trite cliches. For me, keeping a budget mostly entailed recording all my expenses after the and finding free ways to have fun. Being accountable is HUGE. Selling jewelry at a garage sale, picking up an extra babysitting job. Paying it forward, tithe, whatever; it’s a way to stay human and not become a leech. Keeping holistic about money helps put it in it’s place: there is NO point resenting paying for car fixes if you’re a commuter; it sucks, but it’s worth it.

However, there was one line Caitlyn said that floored me. It should be posted in dorm rooms everywhere: “Just like you shouldn’t mix alcohol and driving, don’t mix college debt with credit card debt — the credit cards don’t care about graduation.”

Home » Dvorkin On Debt » How To Win A Scholarship: Apply 63 Times