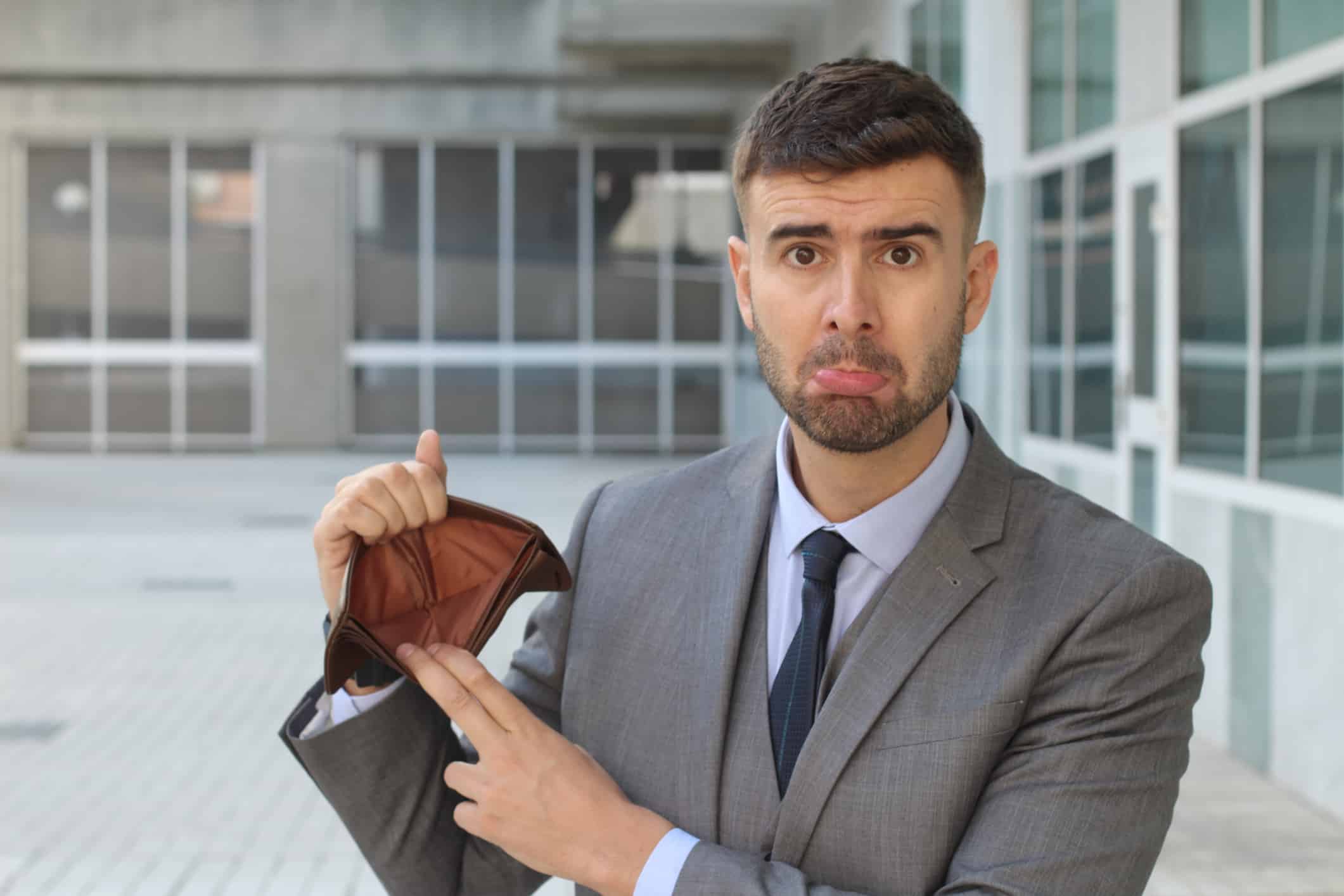 John Rampton has one career that spans several jobs. He’s a financial expert who writes for national publications, speaks at national conventions, and invests in national companies.

Yet I come not to praise John Rampton, but to tell you his most embarrassing money mistake. Many years ago, he was broke — and it was his fault.

“I had a massive car payment, and I didn’t have a penny to my name,” he told Debt.com last month at FinCon, one of the many financial conferences where he’s a rock star. “I was driving a brand new BMW, but I couldn’t afford the payments. I was living paycheck to paycheck.”

Eventually, he decided to do something about it.

“I swallowed my pride a little bit and sold my BMW X5,” Rampton says, with pain in his voice. “It was my brand-new pride and joy. I then took the money that I was making on the car payment, and I bought a used Ford Focus.”

While it was a solid financial move, it still hurt.

“It wasn’t beautiful,” he says. “It was missing two hubcaps and a gas cap. But two years, I was able to use the money I saved to pay off all my student debt.”

Debt.com spoke to other financial experts at FinCon and asked them to recount their worst money mistakes. Here are my five favorites…

The following transcript is for the featured video titled: “Personal Finance Experts Share Their Money Mistakes”

Gerri Detweiler, credit expert: I have made more than a few financial mistakes in my life, I will confess. Some of them were more expensive than others but I think one of them was buying a bigger house than I needed. I have a small family. We bought a house out of foreclosure, so it seemed like a great deal, but it was a pretty big house. And so when I look back at all of the money we spent for home improvements and repairs and utility bills and cleaning bills, I probably should’ve had a smaller house. I solved that recently. We sold our 2,200 Sq. foot house and we now live in a 400 Sq. foot home. So, I downsized dramatically and I will tell you I don’t have to hire a cleaning person, my utility bills are like, a quarter of what they were and life is a lot simpler.

Rocky, 30AND0.com: My first experience with debt, like many others, I think was that I took on student loans. However, I was the first person in my family to go to college. So, I took on student loans so that for whatever reason wanted to be paid back within 60 days after my class ended. And at the time, I was making $5.15 an hour, so I did not have $2,500 to pay back the student loan. So, I started my adult life at 18 with a ruined credit because I couldn’t pay that loan back and I couldn’t make payments on it and it went dormant for quite some time until I joined the military and was able to pay it off. I just knew that getting in debt was not the smart thing to do. So, that kind of experience shaped me to get away from that very quickly and I think it’s very important that people realize how detrimental debt can be, because interest just doesn’t work in your favor when you’re investing. It works against you when you’re in debt.

Andrea Woroch, AndreaWoroch.com: When I was in college just toward the end, I got a credit card and I started racking up purchases, I went abroad, I went to Australia for a year, and started using that credit card so I could enjoy that year away. Unfortunately, that put me in a lot of debt and it took me many years to get out. That was the turning point when I realized that wasn’t the lifestyle that I wanted and that I needed to make a big change on how I viewed my everyday spending and what I wanted out of life.

Joe Saul-Sehy, Stacking Benjamins Podcast: I was a complete money screw up. It’s funny because I ended up as a PR representative at American Express and American Express Financial Advisors for 9 years. Before that, though, my first credit card that was taken away was an American Express card. Because in college after my family, who never talked about money, I went to college, went to our student union, signed up for a credit card. By the way I’m at a military-college, so I can’t make any money. I got my credit card, immediately took a bunch of my friends to lunch, bought myself a sweater (at a military-college; I can’t wear a sweater). Within 120 days, the credit card was gone and my credit was shot. But then through those hard knocks — and obviously through learning more about money — I became good enough at it to not only get my own situation taken care of but to council other people. I was a financial planner for 16 years.

Brandon Neth, FinanceBuzz.com: At 18 years old, I got this inheritance — I had no idea it was coming, $150,000. I got a ton of money and I had no financial literacy and I blew through it in four years. Not only did I blow through it, I managed to accumulate debt. I came out of college with a bunch of debt and made huge mistakes. So, luckily, luckily, I had met my wife in college and she was the exact opposite. One day, she just kicked me and said, “you’ve got to make these changes.” And I started making these changed a little at a time and decided to make these changes a little bit at a time. I decided to live this crazy frugal life. I discovered Mr. Money Mustache, The Mad Phoenix, and these guys that have just writing about it and just doing it. And I just jumped right in with everything I could. I changed my entire lifestyle: I FIRED at 33 years old. The only reason I work today is because I love it. So, I went from getting out of college at 22 years old with $30,000 in debt to 11 years later I FIRED and I don’t need to work. All it is, is being online and putting in the time and effort. I’m not the smartest guy in the world, if you talk to me for five minutes you’ll know that. So, if I can do it, anybody can do it.

I’m not trying to embarrass these amazing financial experts. Instead, I’m trying to humanize them.

The blunt truth about financial experts (and I include myself) is this: We’re asking you to follow our advice about one of the most important aspects of your life, yet you know little about us.

It turns out the best financial experts have an origin story that begins with a mistake. It’s akin to the fitness experts who were once overweight, but by the strength of their convictions shed the pounds and now eat healthy and work out regularly.

Debt.com interviewed more experts than could fit in the video above. My own mistake echoes the one described by Money Talks News founder Stacy Johnson, who recounted the time he went into business with a friend.

“I owned a restaurant and lost a $150,000, I think,” Johnson recalled. “I picked myself up, I dusted myself off, and I started from scratch – and tried not to make that same mistake again.”

Like Johnson, most of my own money mistakes have involved investing in something because I thought highly of the person I was going into business with. Sometimes, this blinded me to the business realities.

Like Johnson and all the other experts on the video, I’ve learned from my mistakes and benefited from them in another way: I can relate to the people I’m advising. I’ve been there before. I know the anger and shame from spending money on something silly. I should’ve known better, and I remember how that feels.

The next time you read financial advice from an expert who seems to be talking sense, you might want to read up on their background — and if they’ve triumphed over adversity, you just might want to listen to them.