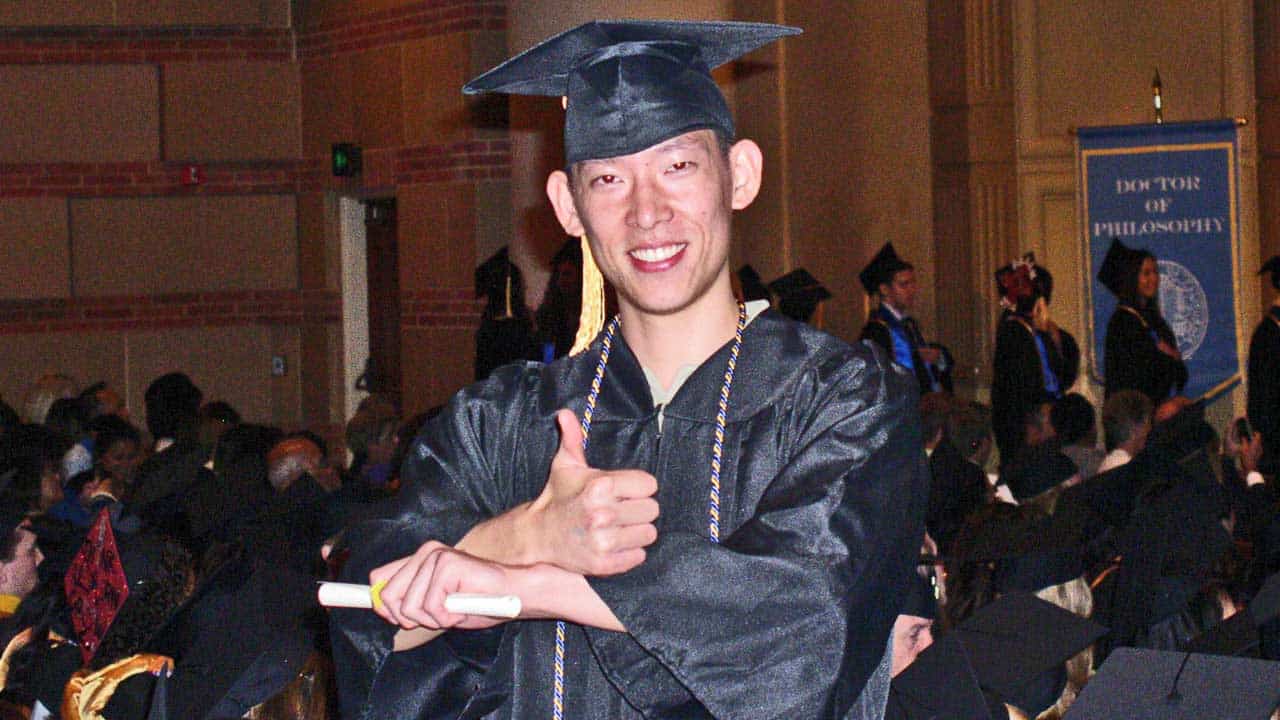 Ronald Pan’s “dream job” is to put people to sleep.

The first-year graduate student at UCLA is studying to become a nurse anesthetist — but the price of his education would keep most folks awake at night. Instead, Pan slept less and saved more.

How did he accomplish that? He calls it “my debt-free vision.”

“The key was in my daily scholarship habit,” he says.”I created a rule for myself called the One-Hour Rule, which required that I wake up one hour earlier than I normally would and work on scholarships for one hour straight.”

He meant it, too.

“Upon waking, I would not check my email or even go to the restroom,” Pan says. “I would simply draft and submit scholarship applications. After one month, the One Hour Rule was no longer just a rule for me; rather, it was a subconscious habit.”

Sometimes it got discouraging…

There was a stretch of time where I had won no scholarships, even though I had submitted over 75 applications! I had put my heart and soul into each submission, even going to the extent of reaching out to extremely specialized scholarship programs, including one designed for Jewish women. (I asked the program if I could apply, and they agreed.) Winning nothing, I felt as if my heart had been crushed.

He persevered, and it paid off: “Over the course of five years, I was able to cover my college costs with federal, institutional, and private scholarships and grants.”

That’s what I like to hear. Ronald Pan is the 11th winner of the Debt.com Scholarship for Aggressive Scholarship Applicants because he’s the very definition of an aggressive applicant.

However, he’s not just looking for free money. The Arizona native is all about saving money, too. As he told me, “Buying Starbucks coffee is an example of a wealth-destroying habit.”

Ronald Pan’s is to become “a debt-free nurse anesthetist,” and I don’t see him sleeping on the job.

Debt.com gives away $500 every other month. We’ve just opened another scholarship round, so check it out and apply.