Dvorkin On Debt: When TV News Is On the Money 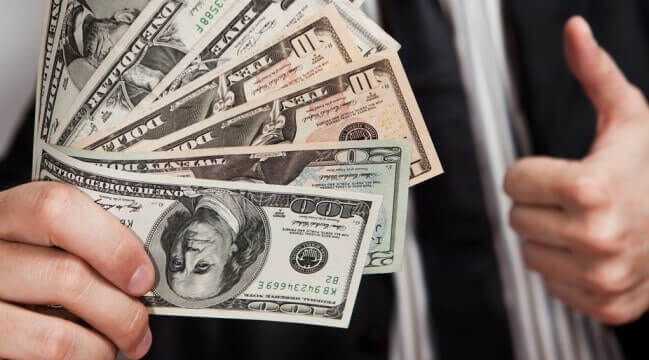 Especially this campaign season, many people are complaining about television news. Here's what TV got right this year.

Last month, two Debt.com editors attended the Excellence in Journalism convention in New Orleans. While I’m always leery of sending Debt.com staff to party cities like Las Vegas and New Orleans for “career education,” they returned with some good news that should interest anyone who cares about saving money.

It’s hard enough to write about personal finance and keep Americans interested. On TV, it’s even harder, because complex financial topics are difficult to explain in just a few minutes, and the visuals aren’t always fascinating.

Yet three reporters — two of them TV reporters — impressed our Debt.com duo. In New Orleans, they accepted their awards and gave a room full of 50 journalists some tips on how to compel Americans to care about saving more and spending better.

The only writer to win an NEFE award, Berman is a reporter for MarketWatch in New York. Her “beat” is covering the student loan crisis, and as the judges said, “MarketWatch is one of only a few financial news organizations with a reporter dedicated to the subject.”

Berman’s reports have been varied, including one called How student debt is perpetuating racial inequality. My favorite, and the one cited by the judges, was simply called, Take a look at the real student debt crisis. Why was it special? Because Berman interviewed real people with real student loan problems. She put faces on a huge problem.

While I respect Berman’s work, I was amazed by Martin’s. She’s a reporter at WGBH, the PBS affiliate in Boston. She won for a broadcast called Debt Collectors Have Rules, Too. In under four minutes, she goes inside the world of debt collectors, but she keeps it interesting and useful for the average American — who probably has some debt in collections.

At the New Orleans convention, Martin admitted she’s not interested in financial reporting for the numbers. “It’s about people,” she said.”That’s what interests me.”

Vanderveen is an investigative reporter for KUSA-TV, the NBC affiliate in Denver. He won for BuyER Beware. In just under nine minutes, he profiles the deceitful practice of “urgent care centers” that masquerade as affordable emergency rooms but can charge $200 just for walking in the door. Vanderveen profiles numerous people who suffered huge bills on top of painful medical emergencies.

His reporting resonated with me because, as a CPA and credit counselor for more than two decades, I’ve seen firsthand how medical issues are one of the four big causes of crippling debt. (The others are divorce, accidents, and natural disasters.)

I applaud all three of these fine journalists. Reporting on the presidential campaign, sports, music, and celebrities is easy compared to trying to convince Americans to be more financially responsible. I’ve previously compared debt to dentistry for just this reason.

My hope next year is that the Excellence in Personal Finance Reporting Awards receive much more attention and praise. Now that I know they exist, I’ll do my part.