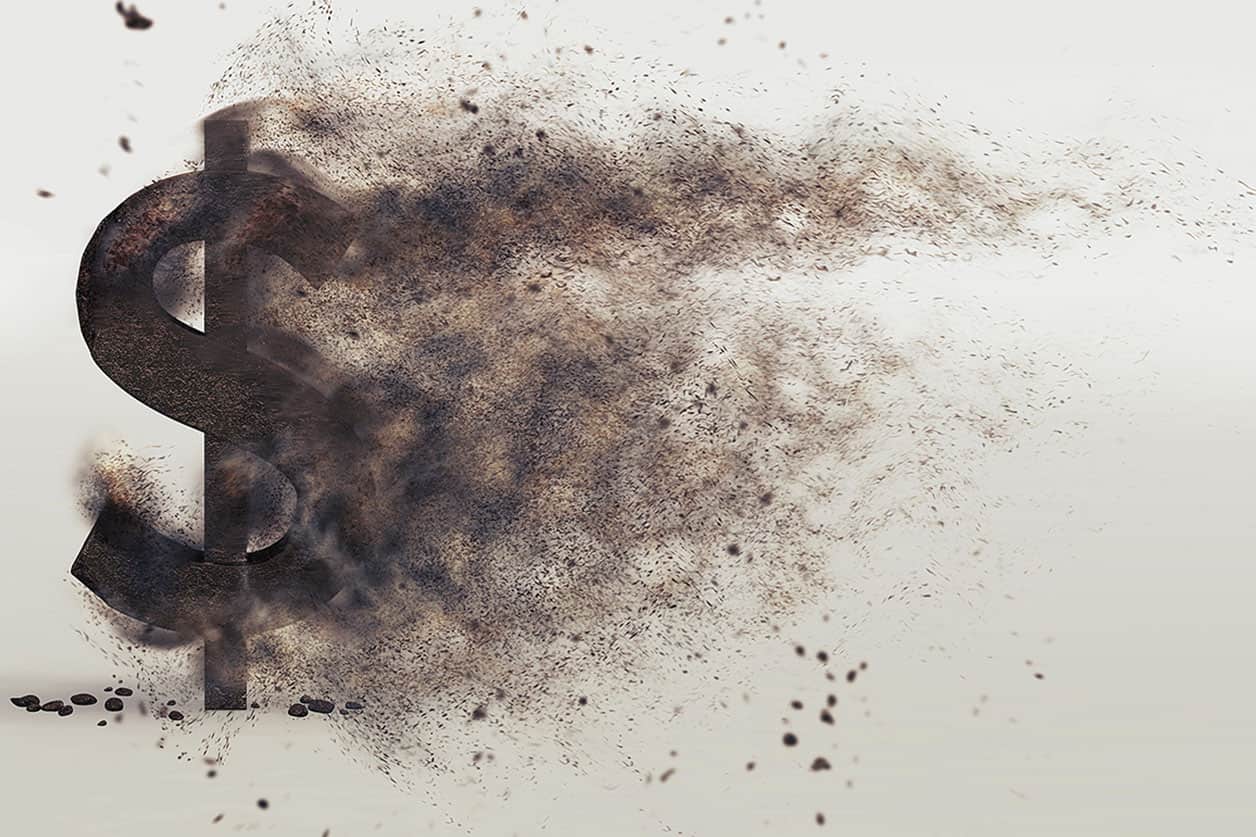 A 2019 recession is on the rise. This time last year, I wrote an analysis under this headline: Recession 2018 Isn’t A Sure Thing, But A Recession IS Coming. This same time in 2017, I predicted that, during President Trump’s term, “we’ll suffer another recession.”

No one knows for sure when we’ll face another national recession, but I feel quite comfortable predicting many individual recessions. While many financial experts study macro-economic factors to determine the fragility of the global economy, I’m a CPA and financial counselor who’s more concerned with the country’s personal debt. So I scrutinize under-publicized research studies that, taken together, reveal a bigger picture.

In the last few weeks of 2018, I found several such studies. The conclusion seems to be: America’s emotional and intellectual response to debt are way out of whack — and that’s a recipe for recession. Here’s the evidence, which I’ll present in alternating ways, followed by a quick but depressing analysis…

For the past decade, the Allianz life insurance company has asked Americans about their financial New Year’s resolutions. Released in mid-December, the headline was, “Driven by Millennial Optimism, Americans are Putting Less Focus on Finances in 2019.”

Money management dropped as a focus in millennials’ New Year’s Resolutions for 2019, with only 50 percent listing it as a resolution they are most likely to keep, down from 60 percent last year. The desire to manage money better and save more dropped for all Americans, down from 42 percent in 2017 to 37 percent in 2018. … Instead, more plan to focus on their health/wellness rather than financial stability.

Based on that, you might think half of America has solved its personal debt problems. Sadly, the numbers don’t prove that. It seems that Americans simply think they’re doing OK.

It’s not fine: Emergencies that are tragedies

Meanwhile, less than half of Americans “say they could handle a $1,000 emergency expense using cash or savings in their bank accounts,” according to Lending Tree. Even worse, “Of Americans who had to go into debt to cover a past emergency, a third still owe $5,000 or more for this expense and about 18 percent have emergency debt balances of $10,000 or more.”

Even if you’re not in debt — and Debt.com research shows more Americans are slipping into debt each year — you’re still not “doing OK” if you can’t financially weather a natural disaster, recover from accident, or endure an illness.

Another optimistic poll comes from Fidelity, which asked more than 2,000 adults about their financial year ahead. Oddly, “75 percent predict they will be better off financially in 2019” — even though 58 percent admitted they made these mistakes in 2018: dining out too often, taking vacations they couldn’t afford, and “splurging on something” they couldn’t afford.

Yet they believe 2019 will be different. They plan to save more (“a median of $200 per month”), pay down debt, and even contribute more to their retirement accounts.

It’s not fine: Not thrilled about bills

When a payment services company called ACI Worldwide asked nearly 2,500 adults about their bills, some of the results were unsurprising. For instance, 60 percent were “sometimes anxious” about their bills. However, 46 percent are often late with their bills, while 5 percent “never pay on time.”

The statistic that really stood out to me: 39 percent “have to call about their account” to beg for more time or to remove late fees.

Yet another New Year’s poll shows Americans who make financial resolutions expect to meet them, even though the success rate for such resolutions — financial or otherwise — is less than half.

According to the investment firm Principal, these are the money-related resolutions we expect to meet:

I encourage such resolutions, but I fear that Americans are being a tad cavalier about actually meeting them. Read on for the reason why.

It’s not fine: Debt is sticky

If Americans are experts in anything, it’s getting into debt. So a new Harris Poll of U.S. consumers and their spending habits is concerning: “23 percent believe it is nearly impossible to get out of significant debt once you have it.”

One reason for that: Gen X, the generation in its prime earning years right now, is unaware of how to get out of debt. The poll “also found that 50 percent of Gen Xers have never considered debt consolidation refinancing and 16 percent reported that they didn’t know what a debt consolidation loan was.”

While it’s impossible to predict when national or global trends will once again push the United States into a recession, it will happen. It always does, so I’m not even worried about it. I am worried about the average American’s financial resilience to weather that storm. That can help determine if the next recession is big or small.

Sadly, Americans are still burdened by huge personal debt, which means anything can crumble their shaky finances. Yet the research above, while certainly not conclusive, shows a trend towards ignoring the warning signs. From the housing crash to the dotcom bubble, one major cause of a recession is psychological: illogical exuberance.

The next recession might not hit this year, but are we making it worse when it finally does?