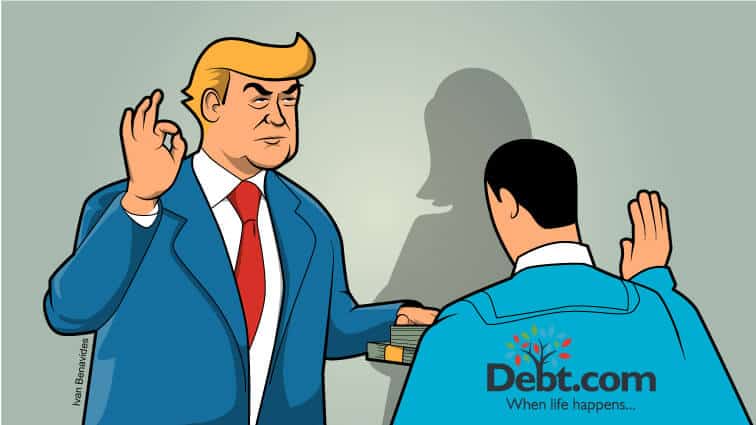 It’s coming, but it’s not really his fault.

No one knows what President Trump will do over the next four years. Many of his detractors (and even his supporters) speculate that Trump doesn’t know what Trump will do.

While I don’t know what Trump will do either, I know with some certainty what will happen to him. During his term, we’ll suffer another recession. While it won’t be nearly as devastating as the last one, it will make it nearly impossible for President Trump to create jobs for those struggling Americans who voted so enthusiastically for him.

Yet I’m still pulling for him.

The Great Recession of 2007 introduced the term “housing bubble” to mainstream America. The next one will do the same for the term “auto bubble.”

A few days after Trump was nominated at the Republican National Convention last July, I wrote about the impending auto bubble. That summer, the big news in the car business was “2016 is still on track to break last year’s record of 17.47 million new car sales.”

Of course, more car sales means more car loans. I had read industry reports — intended for auto dealers and lenders, not the general public — that boasted, “The total balance of open automotive loans climbed 11.1 percent in the first quarter of 2016, surpassing the trillion dollar mark for the first time on record.”

That was profitable news for the lenders making those record-setting loans, but too much of a good thing can kill you. As far back as last March, The Wall Street Journal was musing about “a warning sign for auto sales.” Those warnings rang louder in September, when I wrote about a a little-hyped Experian report that tried to put a calming spin on what was becoming a potential problem…

Yes, subprime and deep-subprime loans are growing, but the entire market is growing from a volume perspective across all risk tiers. In fact, the subprime loans have actually dropped as a percentage of the total market. That, combined with only a slight uptick in delinquencies, makes clear that the sky is not falling.

As I wrote at the time, “I distinctly remember many experts insisting the housing bubble was a myth, too.”

Again, this is downplayed as “natural as more subprime consumers have entered the market.” That doesn’t reassure me.

Most damning to me is this: Type “auto bubble” into your favorite search engine, and you’ll see worried writers at not only mainstream media but also the political left (Salon predicting the “bubble could be about to burst”) and political right (The Federalist declaring, “Cheap credit deals on new cars may not all go bad, but they keep people in cars for longer, making them less likely to return to the market”).

I hope I’m wrong, but I believe there is indeed an auto bubble. Coupled with rising credit card balances and the no-end-in-sight increase in student loan debt, I just don’t see how a recession isn’t on the horizon. The only question in my mind is: How bad and for how long?

Why I hope Trump does well

With Trump’s term beginning, the last thing I care about is who voted for him or for Hillary Clinton. The election is over.

I’m an accountant, not a politician. I see up close what happens when either party’s president presides over a down economy. In Washington, they might talk about low wages and high unemployment, but I counsel the workers who can’t pay their bills as a result. As I’ve always said, the unemployment rate is 100 percent when you lose your job.

So I hope President Trump navigates the shortest course out of the impending recession. Republican or Democrat, you should hope so, too. Americans of all political persuasions should recession-proof their finances — before it’s too late.