You Won't Believe How Much "Impulse Buying" Really Costs You 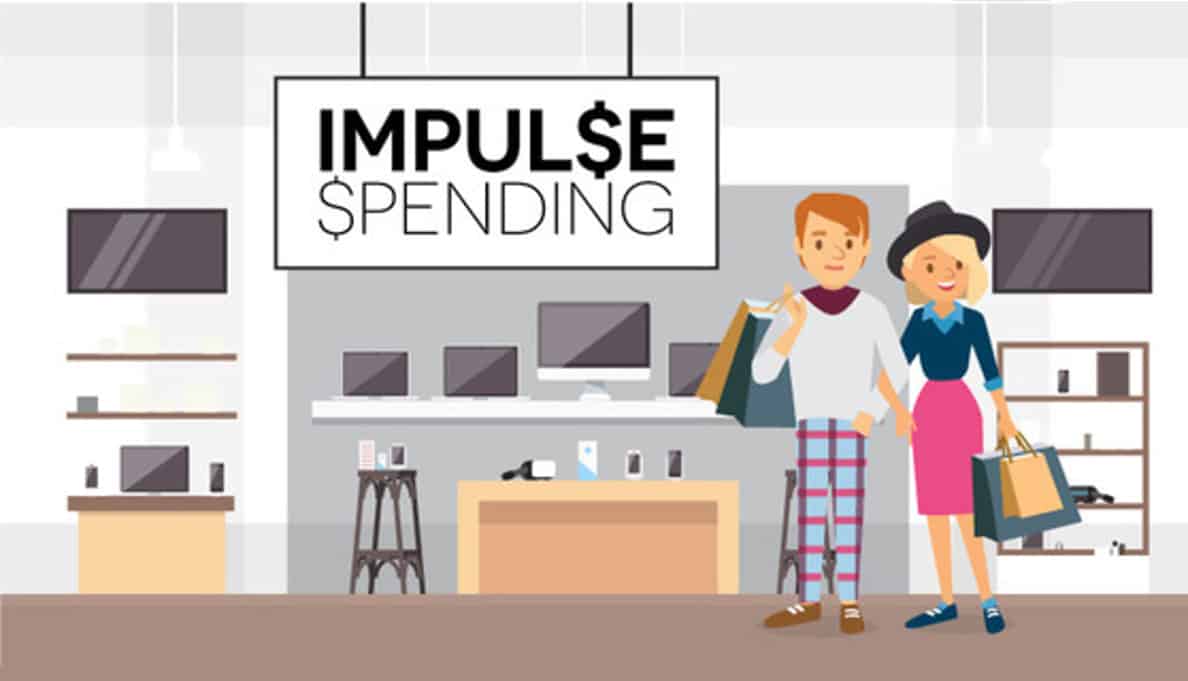 Seriously, you won't believe it. This is NOT a click-bait headline.

The following transcript is for the featured video titled: “Impulse Buying”

You won’t believe it. How much impulse buying really costs you. Hi, my name is Howard Dvorkin, chairman of Debt.com.

You might think you can’t afford these things but a new study says you can if you’d just stopped making impulse buys.

Each of us spend an amazing $324,000 dollars in our lifetime on items that we buy on a whim without thinking about or checking prices or even considering if we absolutely need the stuff to begin with.

We spend an average of four hundred and fifty dollars a month on impulse buys. Much of it on food and clothing! Imagine what we could do with that money if we just held on to it.

So stop being impulsive about purchases and get deliberate about your debt. Learn more at Debt.com.

Part of my job is studying complex and dry reports. That’s how I learn news nuggets like this: Americans are defaulting less on auto loans these days, but defaulting more on their credit cards.

That sounds boring, but it’s really important. Those numbers can affect you directly (you might be about to default yourself) or indirectly (even if you don’t, if many others do, the economy can slide back into a recession).

Still, some numbers capture the imagination, even if there’s not much we can do about them. Here’s a jaw-dropper from just recently…

The average American can spend $324,000 in their lifetime on impulse buys.

Yes, you read that right. While many financial research studies can put you to sleep, this one will jolt you awake.

A website called Slickdeals polled 2,000 Americans about the ways they impulsively go shopping. We’re not talking about the necessities of life. We’re talking about items we buy without comparing prices, considering if we really need them, or even thinking at all before we crack open our wallets.

With huge numbers like that, you might think we’re buying expensive jewelry or fancy tech products. Instead, the poll reveals we’re wasting our money on many little items that add up:

Even more fascinating is this odd fact: “64 percent shop impulsively when there is a deal.” In a twisted-logic way, that makes sense. We can rationalize an impulse buy when we can persuade ourselves we’re getting it for a good price.

There’s one finding that I take comfort in: “54 percent of impulse buys are for oneself.”

Why do I find that comforting? Because we can curtail impulsive purchases without any peer pressure. The truth is, personal finance experts like me dread the holiday shopping season, because we realize no one will listen to our pleas of responsible spending. I’ve quite literally been told, “I know I’m spending way too much, Howard, but it’s for my family! They’ll hate me if I don’t!”

Impulse spending is theoretically easier to cut back if we’re buying stuff we don’t need just for ourselves. In fact, I’m encouraged by this entire poll.

When I wrote a book called Power Up and spent an entire chapter listing ways to save money, I heard some push-back. “Sure, Howard, I can ride public transportation more and make my own laundry detergent, but that takes time I don’t have!”

Well, buying items impulsively for yourself takes time as well as money. If you just stop wasting that time, you’ll start saving money. If this poll is anywhere close to accurate, you’ll end up saving thousands per year.

If you simply can’t control your impulsive ways, then here’s some solid advice from Slickdeals’ CEO Josh Myers…

“Impulse purchasing in the traditional sense can put a dent in your personal finances, but there is a way to turn the tables. You can buy impulsively and get the rush of getting a great deal, but do it sensibly by buying things you’ll need later on,” Meyers says. “For instance, you can buy a birthday or Christmas present for family and friends months in advance, or you can stock up on household essentials with promotions and discount codes from big name retailers such as Target, Walmart and Amazon.”