Are Student Loans Going To Cause The Next Recession? 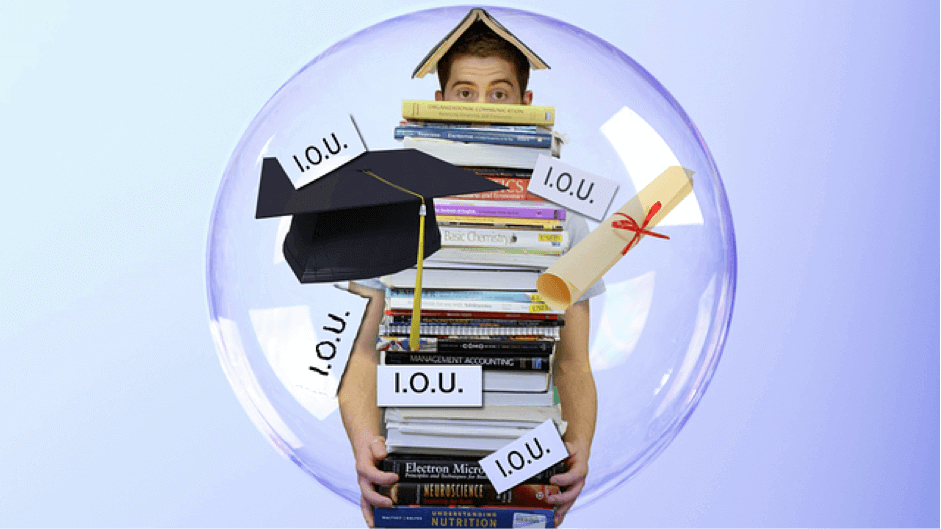 Mainstream experts are floating this possibility, but is that accurate?

With more than $1.3 trillion in student loan debt in this country, it’s long been a mantra that “student loans are too big to fail.”

However, they might now be too big to succeed.

In July, Citi released a 166-page report innocuously titled, Education: Back to Basics. Buried on page 81 was this hand grenade…

U.S. student loan balances topped $1.3 trillion in 2016 and have nearly doubled since 2009. After mortgages, student loans are the second largest category of debt held by U.S. citizens, accounting for 11 percent of all loans. However, worryingly, the rise in student loan default and delinquencies has been equally impressive. Default and 90-day delinquency rates are about 11 percent. To some this might appear eerily reminiscent of the mortgage crisis where delinquency rates had peaked at 11.5 percent in 2010.

I highlighted that last line myself, although I’m surprised Citi didn’t do it.

Unlike mortgage loans, discharging college debt is nearly impossible, even in cases of bankruptcy. So borrowers are left in the lurch when they are unable to make payments.

That means a “student loan bubble” could be particularly devastating. During the housing bubble, it was quite common for upside-down homeowners to live in their homes while they waged a drawn-out court battle to delay banks from repossessing their homes. Student loan borrowers will have no such luck.

Then again, Business Insider also downplayed the possibility of a student loan bubble…

During the mortgage crisis, home loans were bundled together in a process called securitization and sold off to investors around the world, extending the reach of the crisis. Student loans are less frequently securitized.

I see both sides, but I want to further explain that last point. While it’s true home loans were bought and sold as often as kids once traded baseball cards, that’s not the only reason the housing bubble exploded. It wasn’t even the main reason.

Lenders simply got greedy, writing big mortgages to homeowners who obviously couldn’t afford them. No one stepped in to say, “This is crazy.”

Sound familiar? Who’s stepping in and saying, “This is crazy” to students taking on an average of $50,000 in student loans?

Certainly not the universities nor the federal government. The former has a powerful motive to keep the borrowing going, while the latter is not only guaranteeing those loans, it’s offering a slew of programs to help ease the burden.

During the housing bubble, U.S. taxpayers bailed out mortgage giants Fannie Mae and Freddie Mac to the tune of $187 billion. Fortunately, that bailout was paid back. If student loan debt keeps climbing, and if borrowers default en masse, are we facing another bailout? And will it be paid back?

I’ve mused often this year about the next recession. That’s not hype or hysteria, because there’s always another recession. Our economy can’t avoid those any more than you can avoid a common cold for the rest of your life.

To continue that analogy, when you feel a cold coming on, you can ease the symptoms by taking care of yourself. My fear is that this country is suffering from a cold, a fever, and cancer at the same time. We just recently recovered from the housing bubble, I’ve written about an impending auto bubble, and now we’re discussing a student loan bubble.

Meanwhile, credit card debt is at an all-time high, there’s a housing crunch, and our politicians are still arguing about everything else but the state of the economy.

I don’t know if student loans will tip us into another recession, but I won’t be shocked if they do.

Home » Dvorkin On Debt » Are Student Loans Going To Cause The Next Recession?